Do you risk to be fined or sued for unjust enrichment? Yes, you do

-
EU Private markets and equity, Secondary securities and bond market law, Tax and corporate law
-
No Comments Yet
-
By admin

In practice, unjust enrichment is used by insurance companies to make their clients pay and not be reimbursed, in commercial companies to punish managers for taking income, but also in a whole range of other unrelated cases that affect everyone, from inheritance issues to managing your vegetable garden.

Will I have to pay my insurance back? Yes.

What constitutes personal enrichment? This is a vague question, as there is no unified definition, depending on who is attacking whom. The most common case is that of insurance companies not wanting to reimburse their policyholders.

The most common case where you can be the victim of an unjust enrichment claim by your insurer is in the case of damage to houses or cars: you have an accident/fire, and you get a refund, you sell your house/car and this sale brings you more than the damage estimated by the insurance. The insurance company asks you to reimburse: and then you may have to pay a lot.

La question de l’enrichissement personel est largement débattue, mais general dans le droit de common law, when determining whether the elements of a claim in restitution for unjust enrichment are made out, it is necessary to address four questions:

In Ireland, these arise from the judgment of Keane J in the Bricklayers’ Hall case (see Dublin Corporation v Building and Allied Trade Union [1996] 2 IR 468, 483; [1996] 2 ILRM 547, 558 [2]) These cases raise interesting questions for the law of restitution for unjust enrichment : what is to determine the enrichment unjust? So far, there have been very few decisions in Ireland, Malta and Cyprus on the subject, and the majority of decisions have instead originated in civil law.

In civil law, the use of this theory is much more vague, and the rules vary from country to country. In Germany, the term had been established as early as 1912, to create a legal response to contractual fraud.  In general, the risk of having to pay out insurance is very high without serious legal advice.

Send us an email at corporate [at] eternoscorp.com, we are here to help you fix any kind of problematic related to unjust enrichment.

Are you a company director? You are at risk too.

I’ll pay more tax and I won’t get my money back because of unjust enrichment? Yes, too

The use of unjust enrichment does not apply to everyone: in the European case “CJEU Lady & Kid A/S and Others v Skatteministeriet” Case C-398/09 (2011), the court made it clear that business taxpayers have to pay taxes, including those that have been retroactively declared illegal, and that these European states do not have to reimburse immediately taxes collected even when they were not due to be levied.

More specifically “The rules of Union law on recovery of sums wrongly paid must be interpreted to the effect that recovery of sums wrongly paid can give rise to unjust enrichment only when the amounts wrongly paid by a taxpayer under a tax levied in a Member State in breach of Union law have been passed on direct to the purchaser. Consequently, Union law precludes a Member State from refusing reimbursement of a tax wrongfully levied on the ground that the amounts wrongly paid by the taxpayer have been set off by a saving made as a result of the concomitant abolition of other levies, for such a set-off cannot be regarded, from the point of view of Union law, as unjust enrichment in relation to that tax.

The direct passing on to the purchaser of the tax unduly paid being the sole exception to the right to reimbursement of tax levied in breach of Union law, the national court, applying its domestic law, may not take account of possible means of refusing reimbursement of an unlawful tax other than its setting off.”

This is problematic for any business: you risk having to pay taxes that you should not have paid, and being reimbursed only after years of delays by the local administrations..

Send us an email at corporate [at] eternoscorp.com, we are here to help you fix any kind of problematic related to unjust enrichment.

Your feedback is valuable for us. Your email will not be published.
Cancel Reply

Related posts that you should not miss.

23/05/2021
-
EU Private markets and equity, News
Crowdfunding is experiencing an increasing momentum in the global economic landscape. Although it represents a unique category of fundraising, with different vehicles, processes and goals, its underlying concept…
READ MORE → 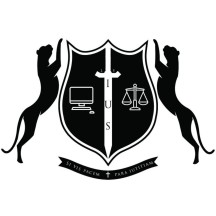 By admin
11 Min Read
Do you risk to be fined or sued for unjust enrichment? Yes, you do ⋆ Eternos Corporation